Family in town always makes for a packed week! Checked another major European city off my list, ate so many patatas, got frustrated and laughed at how inconvenient Spanish schedules seem, and had some QT with the bro. 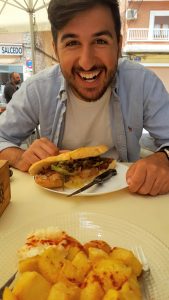 We are a third of the way through this journey, and whew, it’s flown. Valencia by far felt the shortest. Next up? Vietnam! I’ve for sure had my reservations about Asia, but if I get back to why I did this in the first place, it’s to experience different cultures to gain a new perspective on the world. I am also lucky to have an amazing group of now 24 to share the adventure with. So, here’s to new challenges and pushing my comfort zone! And thanks, Espana, hasta luego!