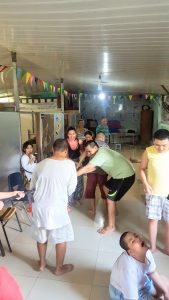 The best part of transitioning every month? You get 12 reset buttons. Let’s be real, this was the lowest month of the program so far. BUT I have arrived in Chiang Mai and I LOVE IT. Almost cried as we landed because I saw mountains, I have a balcony with a nice view and can hear the birds chirping, the neighborhood we live in is clean and QUIET! It’s a beautiful thing. I don’t think I realized how much I was struggling in Hanoi until I arrived here. Anywayyyy, don’t discount Vietnam entirely, there were parts that I really liked! But part of this year is learning more about me, and for me, it was not a city I could live in.

Here’s to lots of Pad Thai and a beautiful new country!